An agreement between Greece and FYROM is in servitude of the war plans of the USA! Peoples unite! Against war, against imperialism!

The deal on the Macedonian question that was formed between Tsipras and Kotzias on the one hand and Zaev and Dimitrov on the other, has neither begun nor developed with the initiative and the last word on the two countries” governments. This question is and has foremost been a matter of conflict between the US and Russia. It is a part of the puzzle in the Balkans on the terms of presence and domination that they will force on the suffering peninsula the two biggest imperialist powers of the planet, whose rivalry is constantly growing in the wider area.

Under these circumstances there is no way that we are talking about a conciliation that may end any further conflicts between the two countries, as is supported by the government. One way or another, the USA and the imperialists in general have by no means been striving to war against all nationalist tendencies and hateful conflict; in fact it is they, themselves, their invasions and interference that have given rise to nationalism and conflict on the area’s peoples during the previous years.

One of the main myths for defending the agreement is the danger residing in the East (Turkey) and the need for Greece to shut down its fronts in the North. On the other hand, the defending of the ancient Greek civilization and the “greekness” of Macedonia is not absent from the governmental propaganda as well as of that of other far-right/nationalist forces of the country. Under these circumstances the government goes on offering its services to the USA and Germany aiming for its servitude to be returned in full when they decide to urgently proceed to elections. For the time they move forward in common with the EU and the IMF for the new conditions of enslavement of the working class and the people.

The imperialists, using the dependent bourgeois classes as their instruments tighten the noose in the area, making constant steps towards the opening of a war. Their successes, like Trump’s in Singapore and FYROM, whatever their relation, turn on the fires of the imperialist rivalry and the dangers for our people, the peoples of the area and those of the whole world. There are not many options against this situation. There is only the option of mass struggle of the movement towards an anti-capitalist, anti-imperialist and anti-war direction. There is the option of the struggle which is after the activation of the forces of the people and the youth. We ought to put a stop to this policy, this course of events, in order to develop the necessary terms of confronting our exploiters.

Therefore the direction of concentrating the forces of the people of labour and the youth as struggling forces against imperialism and the bourgeoisie has to be set on the table and be developed as is. No skipping of phases, no taking shortages, no seeking of aid from the upper classes or seeking a way out through elections, no impatience which leads to ignore the current, existing class-ideological-political terms of the situation.

The more decisive the struggle is in this direction, the less the delusions, delays and negative effects there will be that the militants and the people will have to face. 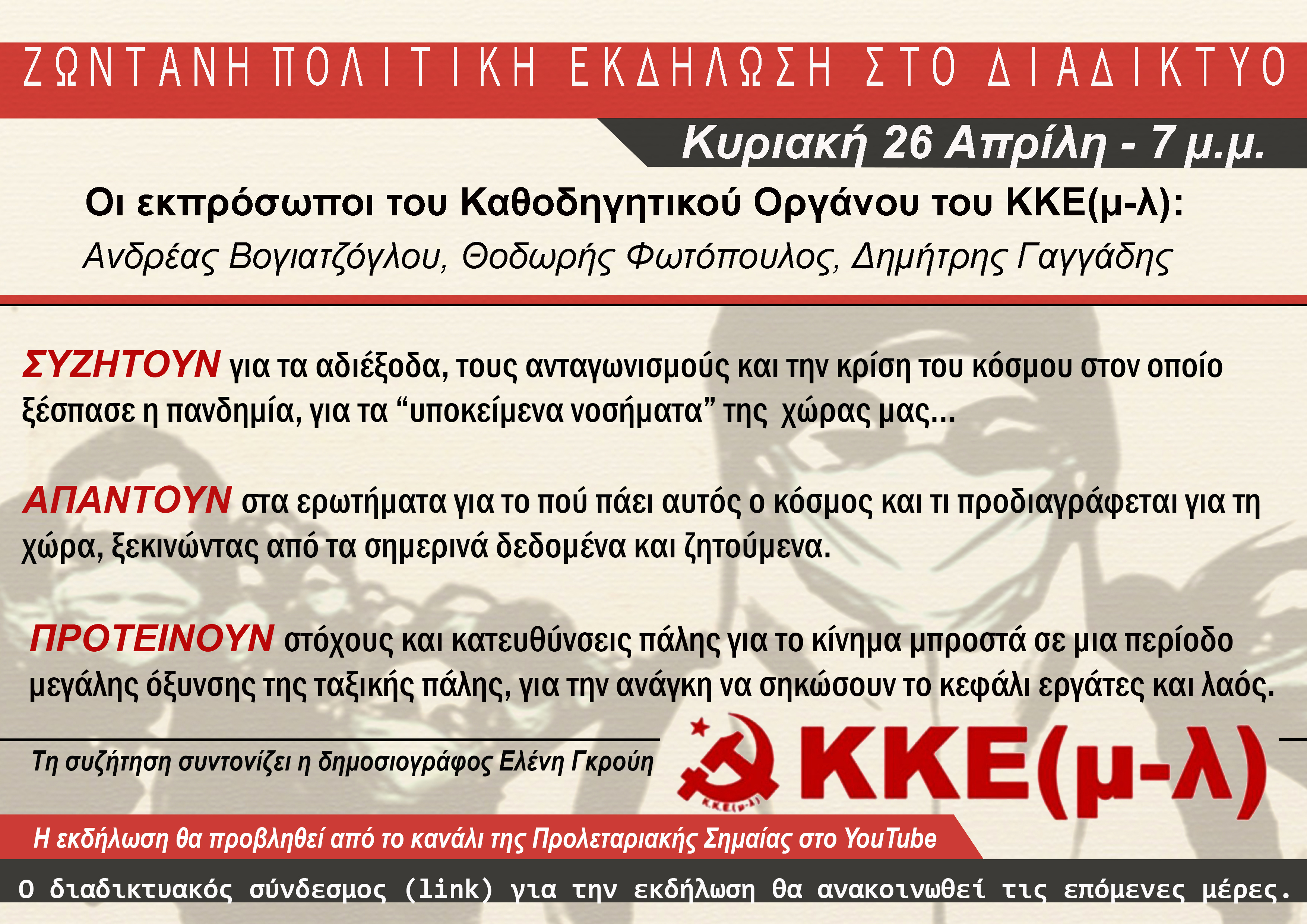